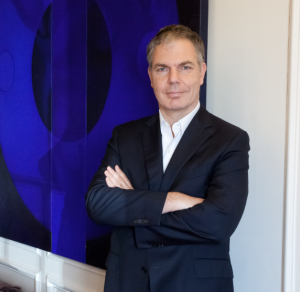 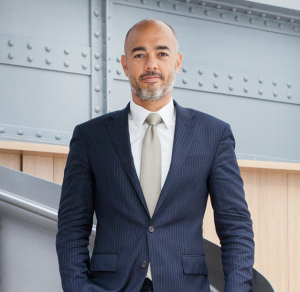 The Supervisory Board discusses the strategy and development policies put forward by the Management and approves certain key decisions:

The Executive Committee monitors and manages the execution of decisions taken by the Management and Supervisory Board. It therefore establishes operating priorities and is responsible for ensuring that the strategy is executed across the board.

Bertrand Dumazy started his career in 1994 as a consultant with Bain & Company (Paris, Los Angeles). He then joined BC Partners in 1999 before founding Constructeo. In 2002, he joined the Neopost group where he was appointed Chief Financial Officer in 2008. In 2011, he became President and CEO of Deutsch. In 2012, he joined Materis Group where he eventually became President and CEO of Cromology. In October 2015, he was appointed Chairman and CEO of Edenred group. Bertrand Dumazy is graduated from ESCP Europe and holds an MBA from Harvard Business School.

Félicité Herzog joined Lazard Frères in 1992 (Paris, New-York) then JP Morgan in London. In 1997, she joined Apax Ventures & Co. In 2002 she was appointed Director of Mergers and Acquisitions for the Publicis group in Paris. In 2007 she joined Areva as Group Development Director, then as Deputy Managing Director of Technicatome. She joined Vivendi in 2019 as Director of Strategy and Innovation. She is a board member of Telecom Italia and Gaumont. Félicité Herzog is graduated from the Institut d’Etudes Politiques de Paris and from INSEAD.

Georges Ralli started his career at Crédit Lyonnais, holding various managerial positions. He then joined investment bank Lazard in 1986 where he managed the European M&A and asset management activities. He is chairman and founder of the funds IPF Partners and LLC RE, and also at the board of Icade and Chargeurs. Georges Ralli is graduated from the Institut d’Etudes Politiques de Paris.

Former Goldman Sachs Partner, Atosa Moini has 20 years of senior investment banking experience, in a range of roles within Goldman Sachs and Deutsche Bank/Bankers Trust in EMEA, with a strong focus on credit markets and private assets. Iranian born, Atosa has studied in Italy and in the UK, where she received her Bachelor’s Degree in Industrial Engineering and held a Master in Business Administration from London Business School.

Each fund has an investment committee consisting of the directors involved in each type of fund. The committee is responsible for appraising financing proposals submitted by the investment team. Investment decisions are taken unanimously by members of the committee.

The risk committee monitors the risks at three levels:

Detailed risks are registered on risk maps, which are crucial to CAPZA’s risk management and internal control system. The risk committee meets every quarter.